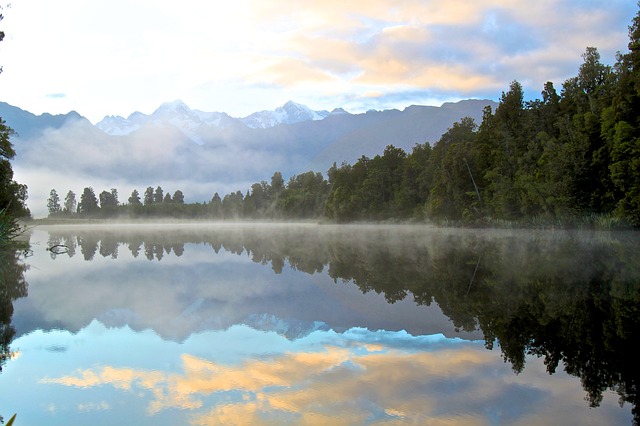 As Good As It Gets, Combining Left Brain and Right Brain Thinking

I have had the good fortune of being asked to speak at the Buena Vista community’s Collegiate Peaks Form Series (CPFS) in April. The CPFS is a forum for lectures in Philosophy, Religion and Science in the Arkansas Valley area of Colorado. My topic is “Synergies in Seeking Self Consciousness: The Importance of Healing the Male and Female Archetype in us all.”

As I start to prepare for the lecture, my husband has been giving me ideas for jokes and levity to keep the audience engaged. When he suggested a few lines from the movie As Good As It Gets with Jack Nicholson and Helen Hunt (both Oscar winners for their leading roles in the movie), I scoffed at the idea that I would lend credibility to the stereotypes that the funny scene invokes. But, the more I thought about it, the more I realized that this comedic example does help further my point that we all need to balance the masculine and feminine aspects within us all.

If you aren’t familiar with the 1997 movie, Nicholson plays a famous reclusive malcontent writer and Hunt plays a single mom who is a waitress at Nicholson’s favorite restaurant. The scene that Pat suggested as levity takes place between Nicholson and a receptionist at his publishing house. The receptionist, to Nicholson’s horror, is trying to tell him what his work means to her and how well his writing understands what is in her heart and her head. The receptionist asks him: “How do you write women so well?” His response is, “I think of a man and take away all reason and accountability.”

This scene demonstrates the stereotype of women and men thinking differently as a consequence of them being different genders. The premise of my topic is that we will all be more evolved versions of ourselves when we balance the male and female aspects within ourselves to make a whole and complete healed being.
Let’s take the traditional interpretation of the left and right sides of the brain, as example. In our society, people (regardless of gender) who are tax accountants and engineers might be considered “left brained” in that their professions require a lot of logic, linear thinking, analysis, order and planning. This type of thinking is considered more masculine. Whereas, artists and actors are considered “right brained” because their professions are intuitive, creative, spontaneous and “in the flow”. These traits are traditionally considered more feminine type thinking. However, when we look at anything in its parts, we may be missing the larger points about its whole.

You do want a tax accountant who is logical with the good analysis skills and the ability to plan. But, accountants who are the most valuable to their clients are the accountants that can combine the left brain logic with the right brain creativity. Many can read the tax law, it is those that interpret the tax law who find creative solutions to their client’s needs that are using both sides of their brains. (We will leave the ethical discussion of whether creative accountants have been using both sides of their brains for “good” or for “evil” for another day!) The point is that true problem solving is a mixture of logic and intuition, analysis and creativity. Balancing the traditional aspects of masculine thinking and feminine thinking is where the true wisdom is. Using logic ONLY can be stifling in its structure. Using creativity ONLY can produce a lot of ideas but might not allow for the follow through to bring something into form. Both are required for balance.

This desire and need for balancing logic and creativity is not dependent on which physical form a person has. The idea that Men are from Mars and Women are from Venus in its extremes does a disservice to both men and women who strive for balance. 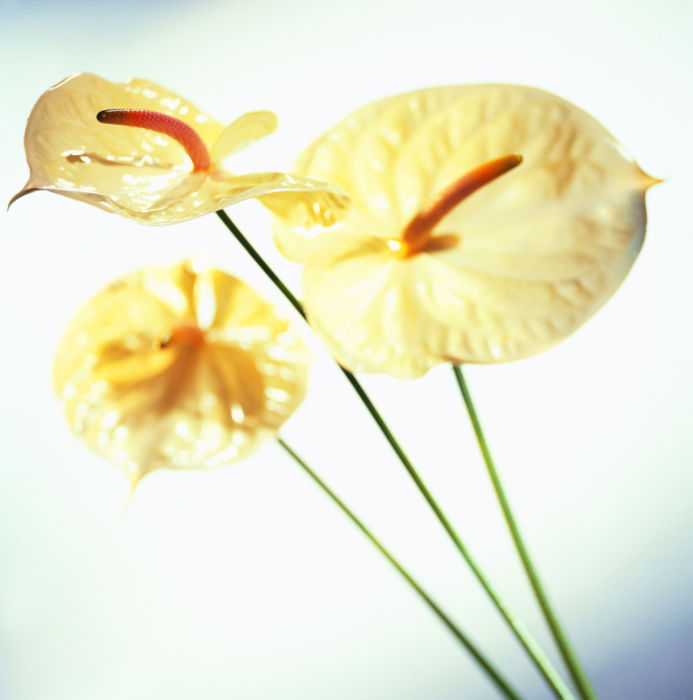 Divine Masculine and Divine Feminine Energy: Balancing Who We Truly Are

Many in our world believe that there is a war between men and women. Many look to a glass ceiling or the gap between pay for jobs traditionally held by women v. jobs traditionally held by men to support this supposition. There has even been a resurgence of discussion regarding whether women who do not work outside the home are truly working, although this has been motivated partially by politics.

Most are failing to realize that the so-called war between the sexes is not really about men v. women or the value of male jobs v. female jobs, or even male workers v. female workers. Those are just the outer world reflections of what is going on within each of us. It is really about the struggle we all have to balance the male and female aspects within ourselves.

One might look at the man’s contribution, the sperm, as being wholly masculine and the woman carrying the child as wholly female, but look closer. Before the man can contribute the sperm to the act of creation through ejaculation, he must first create, hold and nurture the sperm in his testicles. Holding and nurturing is a feminine act. The act of ejaculating is a masculine act. The man is both nurture oriented and action oriented.

Now look at the woman’s contribution. The woman receives the sperm and combines it with the egg in fertilization. She holds and nurtures the baby for nine months. Then, in a very masculine and action oriented way, she births the baby in what many consider the most womanly action she can take. The sequence of giving birth is 100% action packed and there are millions of home videos that will attest to this.

It is time to recognize that we all have masculine and feminine aspects within ourselves and it is definitely time to bring them back into balance.

In western societies, both men and women have been out of equilibrium with respect to their feminine and masculine attributes for millennia. Most of us have been swinging too far to the masculine side and are constantly in the “doing” mode v. the “being” mode. In our society, we believe that “doing” and “accomplishing” are more important than “being” and “receiving”. That masculine attributes are more valuable than feminine attributes. That isn’t so. They are equally valuable and necessary.

When I was in Corporate America (and Corporate Europe, for that matter) I was a project manager. I don’t believe anyone, me included, would have called for a project to have the masculine and feminine aspects in balance. That would not have been the terms we used. What we would have expected was for a project to be both efficient and effective. Those words are different labels for feminine and masculine. 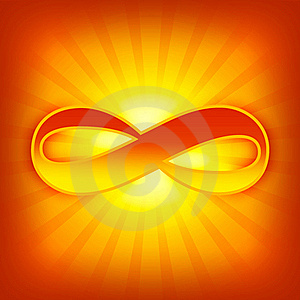 Watching the news lately has made me wonder whether our justice system is working to bring us toward the light or helping to keep us where we are. Does Divine Justice look anything like human justice?

The symbol for justice in the United States is Lady Justice, a woman wearing a blindfold holding scales to ensure balance between the parties involved without prejudice to external circumstances like race, creed, gender, wealth. This might ensure human justice or even Old Testament justice of “eye for an eye”, having to pay for your actions, having to pay for your sins. But, it doesn’t necessarily reflect the balance of bringing a situation back into alignment with the highest good of all.

Even in our human vernacular we have the expression that two wrongs don’t make a right. Two wrongs may make the scales of Lady Justice be in balance, but it doesn’t necessarily bring in and help hold Divine Love within the hearts of all concerned. Most likely, human justice is going to allow for, if not encourage, score keeping and the likelihood of keeping the wound open, never allowing it to heal.

For a visual representation of Divine Justice, look to the infinity symbol. It is balanced, but in the never ending aspects of it, each loop informs the next loop and is the result of the inputs into it. This is a better representation of Divine Justice because there is no concept of trying to get even with another. When you realize that all inputs into your energy expand you and flow out of you to expand the next energy, you do not feel the need to seek to be “made whole” because all is part of the whole already.

From the perspective of the Spiritual Hierarchy, the concept of outward looking human justice is OK. The Spiritual Hierarchy is not judging the human justice system as being bad. The Hierarchy knows that this is the action of the society based on its level of evolution or based on the level of darkness it is still holding. There is no judgment, just a discerning wisdom that the human justice system isn’t in alignment with the highest good of all. It is the aim of the Spiritual Hierarchy to plant seeds of change for the way humans view justice and to help hold the space for that change. With the discernment that the more we focus the light on this action, being out of alignment with Divine Love and Divine Justice, the more apt we are to heal it sooner as opposed to later. 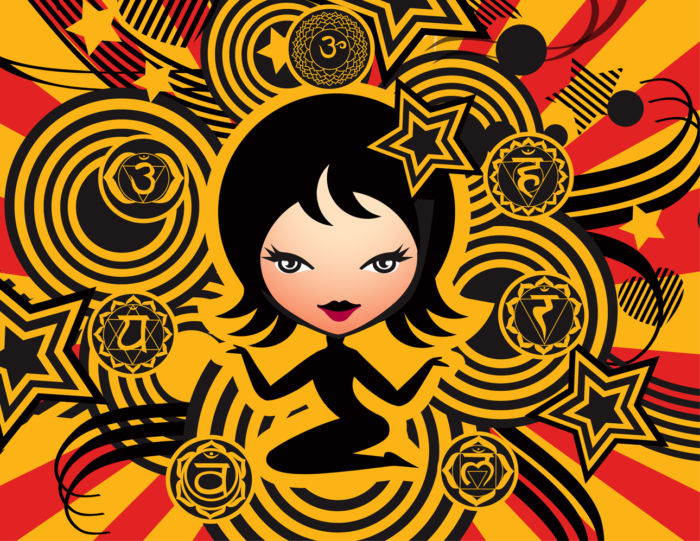 Hi All, Here are some ideas to lessen acute stress. These ideas and others are discussed more in both the I AM CREATOR® workshops and Eminent Reiki™ workshops being taught this spring and summer.

Enjoy. JUST BREATHE. I AM Lori

These are ideas to help when you are in the middle of a very stressful situation. They can be done at other times of the day, too, as part of an inwardly focused practice.

2. Ask your inner self / higher self / God-self to help you let go of the emotional and mental reasons and causes that you are feeling stress. Your inner self (the space you go to when you are quiet) knows how to do this. These reasons and causes may be fear, anger, resentment, hatred, anxiety, lack of abundance, jealousy, envy, etc. It is time to let these negative vibrations go.

3. Start breathing in the good vibration that is the counter to the reason of the stress. For example: If you have fear, breathe in Love. If you have jealousy, breathe in Abundance or Self Love (you can’t be jealous of someone else if you truly love yourself in a healthy way.) If you have anxiety, breathe in Ease and Flow of Energy or Movement. The sky is the limit!! If you can’t think of anything, breathe in Light to counteract the darkness of stress.

5. Consider longer term suggestions to lessen chronic stress and improve your health so that acute stress happens less and less often. These include items your parents have told you for years! Eat a healthier diet; get plenty of sleep and reasonable exercise especially outdoor activities to reconnect to Mother Earth. Also consider taking a class or treat yourself to private energy sessions to help you move through the issues that are creating the stress.