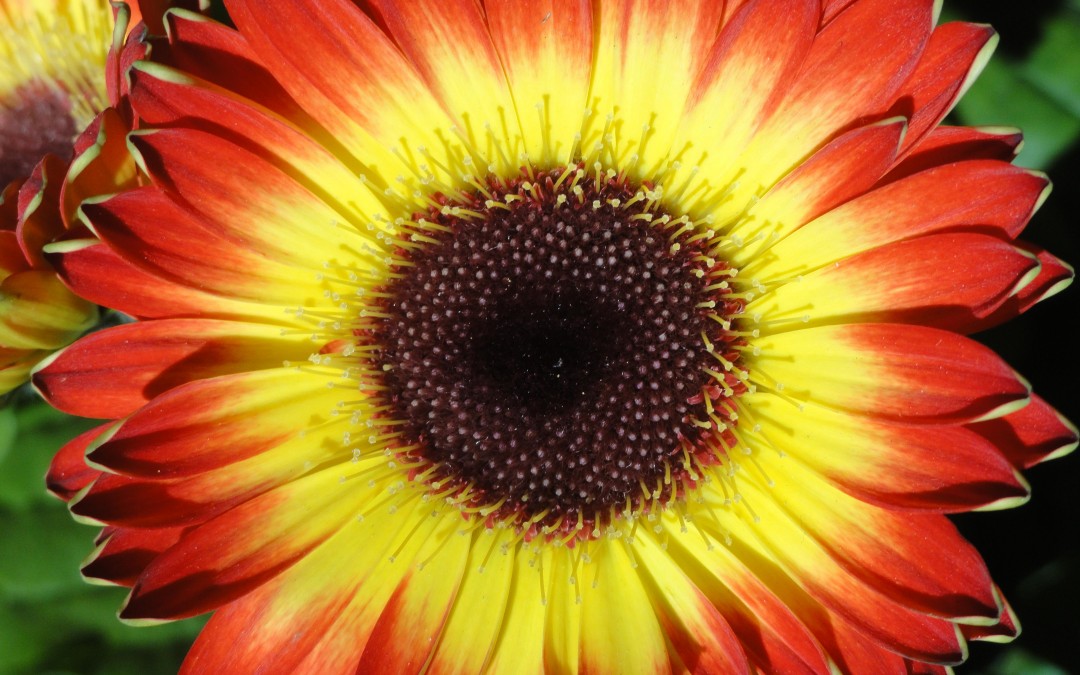 Have you ever experienced a situation where the plans you carefully laid out just didn’t go as planned and the times when you just decided to wing it went far better than you imagined? I call that the difference between being in the mental body and being in Divine Flow and Joy.

Back in early Spring, I planted some sunflower seeds outside my south facing window. I thought they would be a nice sunbreak as well as a bright spot of color. I waited and waited, but nothing came up. After a while, I assumed the squirrels who reside in the nearby trees probably had a little feast and that was the end of it. A few weeks ago, I noticed some green stalks triumphantly pushing their way up right in the location where I had planted the sunflowers. “Eureka!” I thought. Maybe they were just slow starters.

However, as I watched them grow and mature, I realized that these were the funniest looking sunflowers I had ever seen. Instead of being wide, flat and round at the top, they were oblong. Hhhmmmm. I kept watering and they kept growing until I finally recognized their shape. I have corn stalks! I looked up and realized what had happened. Above that same window, I also keep a bird feeder hanging and some of the corn seeds in the bird mix had managed to land on the ground and take root. Just by following the joy of watching the birds outside my window, I had unwittingly created a whole new garden!

I started thinking about my other gardening adventures and I realized that some of my healthiest, most productive plants are ones that I took home spur-of-the-moment “just to see how they would do.” Meanwhile, some of the areas that were more carefully plotted out according to which plants should do better in what amount of sun, haven’t done nearly as well.   Hhhmmmm. Could it be that the line about following your joy in the moment actually has some truth to it? When the heart is truly open, the Divine speaks to us most clearly and those seemingly inconsequential inspirations are often the Soul leading us to some new creation we never imagined.

As I expand the metaphor to my other “gardens”, other creations in my life, I see the lesson for me in truly trusting those thoughtless little moments of joy. With less thought and more heart, I look forward to many more surprise gardens in my life. 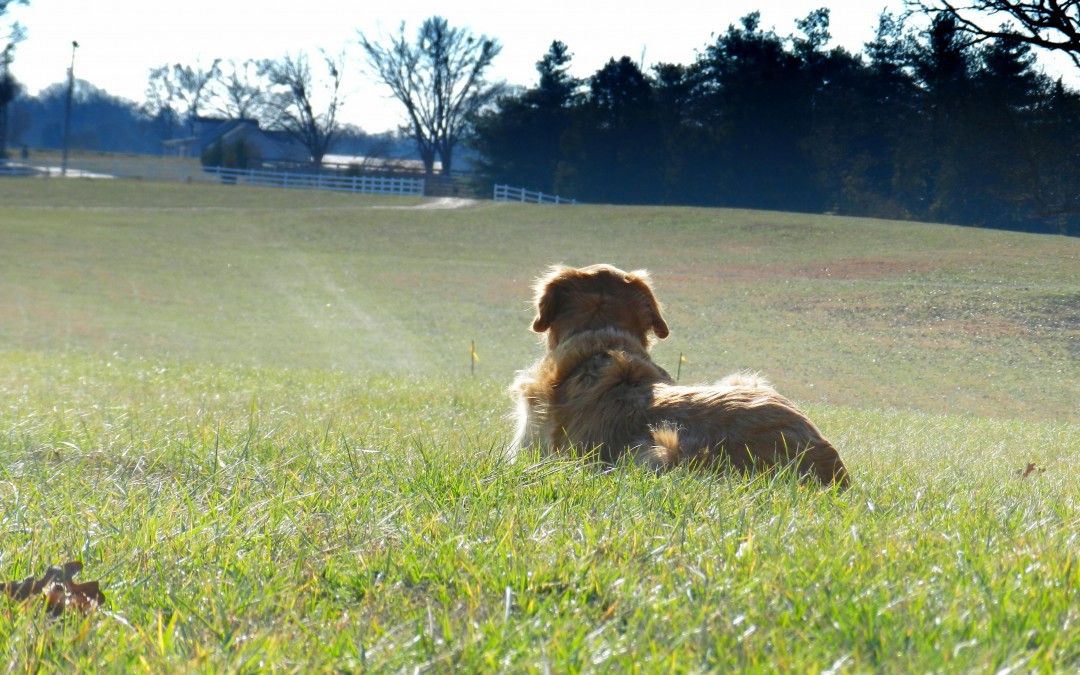 When I was young, one of my favorite books was Happiness Is A Warm Puppy, which featured all of the Charlie Brown characters sharing their simple pleasures in life. Whenever I think of that book, it takes me back to a time when happiness just was. There was no searching for it or trying to figure out all of its components; it was just there. So, how did we lose that as we got older?

I recently saw two films which, though very different, had a similar key theme. The first was a wonderful movie by Pixar called “Inside Out,” which featured the inner thoughts and emotions of a young girl. The Joy character was always trying to make things better and happier by pushing away the experience of other emotions like sadness. She eventually came to realize the value that comes from not pushing away other emotions like sadness, but honoring them. Acknowledging sadness allowed for a rich opportunity of compassionate connection with others which ultimately brought about…. Happiness.

In “Hector and the Search for Happiness,” a stuck-in-his-ways psychiatrist goes on a global adventure to search for the keys to happiness to help his patients. He keeps a notebook of all the things that might bring people happiness. In his final revelation, he understands that true happiness is a combination of all his emotions and experiences, not just one. In other words, once he accepts the whole of his being unconditionally, without trying to engineer a specific situation or experience that he deems to be his source of happiness, he actually feels happy. As one of the psychiatrists in the movie puts it, we don’t find happiness when we’re actively searching for it but when we go about our lives in a way that’s connected, present and engaged. In that state, we realize our happiness.

So, maybe one of the keys to “finding” happiness is to understand that we never lost it. We may have gotten distracted, sidetracked, or maybe thrown a little off-course, but it was always there. We began to believe that we had to “do” something to get what once came completely naturally to us. In those moments of childhood wonder, there was no laundry list of things to do and no worrying about finding the meaning of life. If you felt sad, you cried and then were done and went back outside to play. Kids can get really enthusiastic about their tears and then get really enthusiastic about something else just as quickly. There is no judgment, just allowing the feeling to flow through. And that state of total acceptance of what is in the moment, is happiness. So, there really is no magic bullet or trick to any of it. There is no “one thing” that will bring us happiness. If we relax and accept all of it, we find that happiness just is. 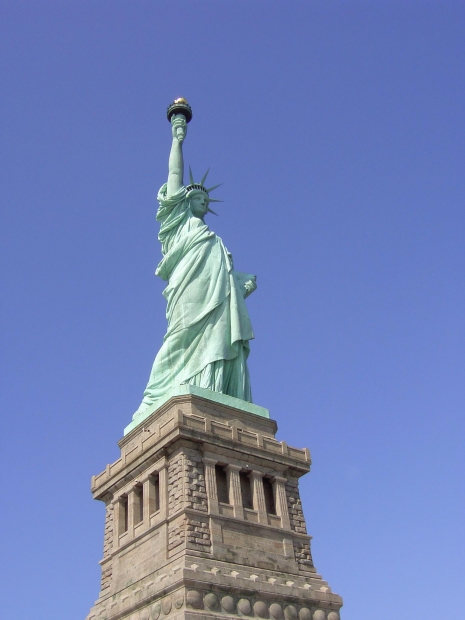 Celebrating the Freedom of Oneness

As we celebrate our nation’s independence this month, I have been reflecting on the spiritual meaning of the word “freedom.”   The concept of freedom is often filled with images focused on what we get out of it- personal freedom, financial freedom, religious freedom and freedom in our relationships.  Freedom has taken on the connotation of not being answerable to anyone or anything.  I am free to do what I want.  So, how does freedom fit into Oneness?  Where is the “we” in “free”?

The founding fathers of this nation created a unique document guaranteeing each citizen a number of freedoms.  But we are also free to discern which freedoms to exercise and in what way.  I may be free by law to draw any satirical cartoons I desire, including ones picturing certain religious prophets, but does that mean it is in the highest good of all that I exercise that particular freedom?   Does drawing such cartoons come from the genuine belief that it is the best way to support other oppressed groups in being free, or is it done just to prove the right to do it?  How we choose to express our freedom is as significant and precious as the freedom itself.

In order to be a citizen of this nation, we agree to give up certain personal preferences in the name of what benefits the community.   It might be personally expedient to drive as fast as I want when I’m late to work, but I don’t because it is against the law and is not safe for those on the road. It might benefit an industrial company to be able to use certain cheaper chemicals, but that company doesn’t do so because they are banned and would do far greater environmental harm.  We surrender certain personal freedoms, but we do so in the name of the greater good and because it allows us to enjoy far greater freedoms that come from being part of a larger community.

True spiritual Freedom requires true Surrender.  In order to be free to be in Oneness, we must first be free of our old selves, our separate selves.  We must allow ourselves to be free of “me” in order to enjoy the greater spiritual freedom of the “we.” 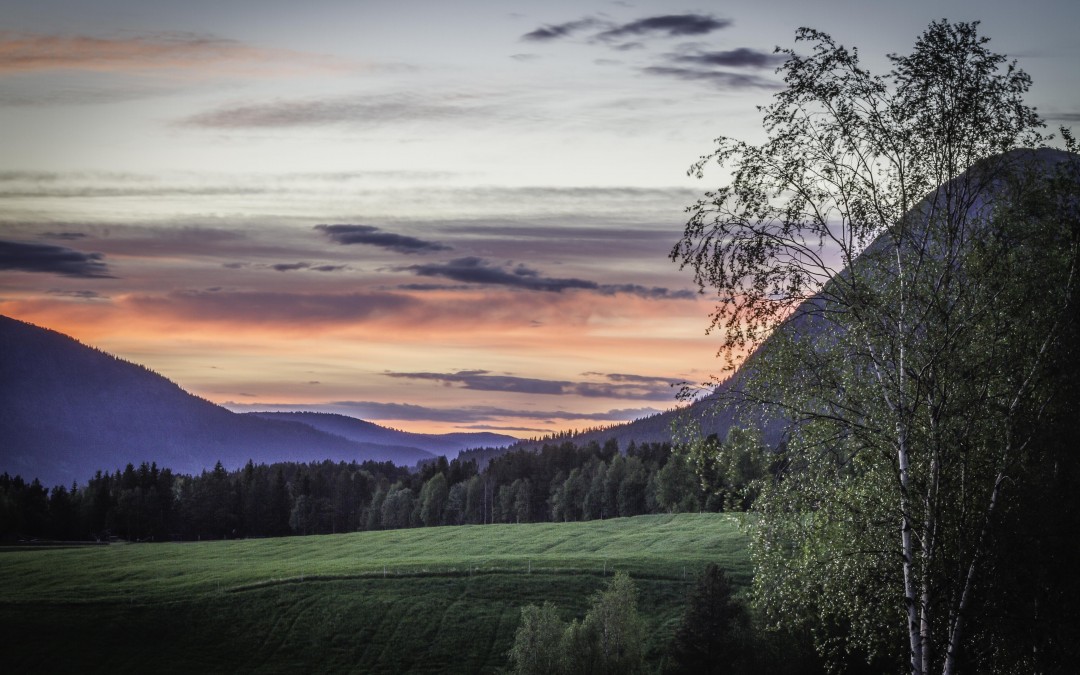 Finding the Beauty Within

Ever notice how a smile instantly lights up someone’s face?   Details of physical appearance fade away and you just see the light within shining through.  Definitions of physical attractiveness may vary between cultures, but smiles are universally beautiful.  That’s because the love and joy from that person is reflecting out.

Recently, I was gifted with a very nice spa package.  I’d never experienced a spa day, but I looked forward to the experience.  When I arrived, the facility was beautiful, and I could tell that attention had been put into every detail of physical comfort.  Later, sitting on a sun-covered porch, I listened to the soft sounds of a waterfall, watched the hummingbirds play around me, and took in the expansive view of a mountainside.  I realized that everything I saw matched how I felt.  Everything seemed so peaceful.

Yet, if I wasn’t relaxed and at ease on that sun porch, the tinkling sounds of the waterfall could easily have been annoying, the activity of the hummingbirds distracting, and the view of the mountain would likely have seemed not nearly so spectacular.  But feeling beauty inside, I looked out and saw…more  beauty.

I used to frequent a massage place that was located in an older building.  It didn’t have the latest décor or all of the frills, and could easily have been termed “quirky” in its general appearance.  But everyone there truly loved their work, and they were dedicated to supporting inner healing as well as physical healing.  I loved going there because it felt so good.  I saw beauty because that’s what was reflecting from the inside.  So, what if we spent as much time polishing our inner selves as we spend polishing the outer?  What if we focused on the beautiful mountain view within each of us? 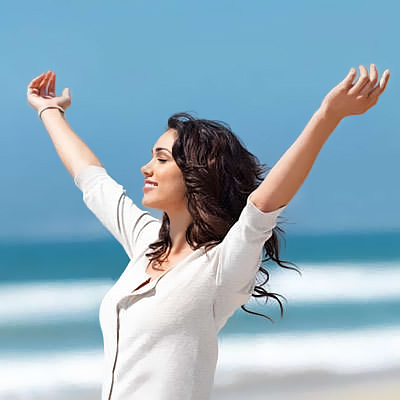 Most of us have a lot of ideas about what makes us successful.  Some are more concrete markers, and others are more intangible.  Whether we’re conscious of all of them or not, those thoughts guide our direction and choices in life so that we can meet those goalposts.

I’ve recently experienced some successes in several areas of my life, meeting several milestones which I’ve been working toward for quite some time.  At first I allowed myself a pause for some celebration.  It’s perfectly divine to acknowledge our accomplishments!  And then I got back into the flow of my life, encouraging the momentum of my accomplishments as they continued to unfold.  I was really enjoying myself and the ease with which everything flowed.

However, after a while I began to feel a sense of anxiety and pressure.  The joy in my successes was fading.  The momentum seemed to be ebbing.  I felt a little directionless and unsure of my next steps.  I realized that I’d been operating by the old goalposts for so long, I hadn’t really taken time to set up any new ones.  My mind began to race about future possibilities, new projects I felt that I should be working on.  But that didn’t relieve the anxiety or bring back the joy.  Instead of inviting creativity, it just created pressure.

As always, the key was to go within for guidance.  The answer is always there when we open up to our inner wisdom.  And my answer to the question of what my new goalpost should be: there is no new goalpost.  My new goal is to let go of my need to have a new goal and allow myself to enjoy the flow!

There will come a time when it is appropriate for me to have a little more structure about my direction again and follow some concrete action steps.  But if I try to force that now, it will come from a place of frustration and it won’t take me forward.  In truth, the real success all along was the joy and flow I was feeling.  The goalposts were just a means to get me there.  And from that continued place of joy and flow, my new vision will naturally take shape and carry me forward to new successes.